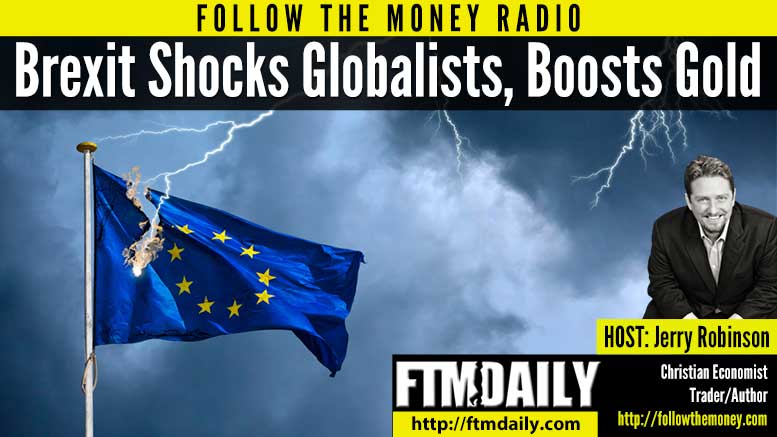 “Brexit is bad news for globalists and their desire to unite nations under one banner. It is bad news for investors because these types of shocks often have deep and unintended economic and geopolitical consequences that fail to manifest immediately.

But Brexit is good news for nationalists. But that victory will be short-lived as the nation-state concept is under massive attack today by powerful government and corporate interests who seek deeper economic and political integration. Many multi-national corporations have been prodding willing governments to pass massive trade deals that will serve to further integrate the global economy.

Despite Brexit, Europe is not slowing in its race towards closer integration. London will fade in its role as the global financial capital and will inevitably be replaced by Shanghai. The S&P has downgraded the United Kingdom from ‘AAA’ to ‘AA’.

Berlin is the clear winner. Berlin is now, without question, the single greatest power center of Europe. No more will London rival Berlin for supremacy in the ‘global eye.’ Washington will further intensify its relations with Berlin. London will face fierce hurdles in its attempts to broker direct trade relations with the EU.

Nationalist populism may be the short-term winner from Brexit.

But London is the long-term loser.”

In Segment 3, we move into a new interview with one of the founding members of the Christian Advisor Referral, Mike Mitchell. Based in Arkansas, Mike boasts 42 years of financial advising experience. During this interview, Mike explains the power of life insurance, and how it can literally change the destiny of families. He shares a powerful personal story about a family he helped both financially and spiritually early in his career.

Segment 3: Bankruptcy of our Nation (Excerpt) 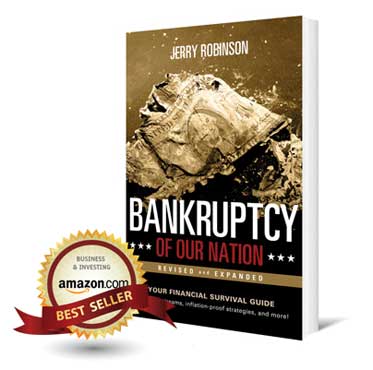 In this segment, listen to a powerful portion of Jerry Robinson's best-selling book, Bankruptcy of our Nation. This excerpt is taken from Chapter 11, entitled: Maxed Out: The New American Slavery.

BOOK: Bankruptcy of our Nation (Paperback or Audiobook)

In this segment, precious metals advisor Tom Cloud shares his latest insights on the market events impacting the price of gold and silver.