Beware of the Coming Transatlantic Union

Plus, a market update for investors 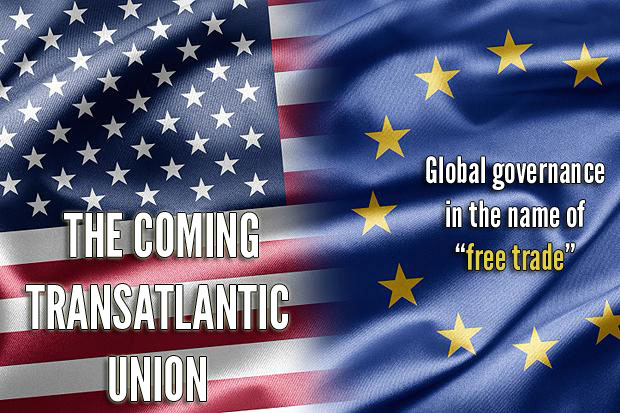 In Segment One, Jerry discusses the latest in global news that impacts YOU. The topics include:

According to popular economist and author, Jerry Robinson:

“While the idea of a Transatlantic Common Market can be seen as far back as 1948 in the global security integration of NATO, it first gained major momentum in April 2007 when President George W. Bush approved the Transatlantic Economic Council. This Council is a permanent international body that seeks to provide deeper economic integration between the U.S. and the EU. On April 30, 2007, President Bush, along with German Chancellor Angela Merkel and current EU Commission President Jose Manuel Barroso, signed this agreement without any U.S. Senate or Congressional approval. The Council seeks to harmonize a large number of complex U.S and EU regulations in preparation for a free trade zone by 2015.

Together with the business community, the TTIP is being sold as a painless economic stimulus plan that will create more jobs in both areas. In the words of current EU President, ‘José Manuel Barroso, the TTIP is “the cheapest stimulus plan one can imagine.’

There have been numerous attempts at commercial integration between the U.S. and the EU. But of course, you cannot have a common market without first creating a system of common standards and regulations.

The Transatlantic Union is a covert attempt at enlarging the influence of the corrupt European Union initially through a “free trade zone.” However, it will inevitably lead to the creation of a political union, then finally a monetary union, as this has long been the goal of those who seek global governance.”

On June 12, FTMDaily issued a real-time “Red Alert” on the markets to all FTM Insiders by email.

“After several days of nauseating action in the markets, stocks moved decidedly lower in today’s market session. The negative data coming in from today’s trading session has caused our Market Conditions light to turn red, indicating that there is likely more danger ahead. Things appear to be cooling. I have already cashed out of all of my major trading positions.”

My recommendation to you is to:
1) Cut any weak positions in your portfolio.
2) Protect your gains with tight stop losses.
3) Use Inverse ETFs to make money on the way down.

If you are sitting on any gains that exceed 20%, now is the time to lock in those gains. If our current market environment is like any previous one, then expect the greedy to be punished. Most importantly, don’t let your gains turn into losses. There is a time to buy a stock and there is a time to sell a stock. In this current environment, it is much more likely that you should be selling stock rather than buying new positions.”

Indeed, the markets did suffer a steep decline on June 20, which was Thursday of last week.

Several subscribers emailed to thank us for the “Red Alert” on the markets as they were able to lock in gains and cut losses in their retirement accounts and 401(k) plans just prior to last week’s financial bloodbath. Of course, our unique market timing system deserves the credit. It accurately called the 2008 market crash well in advance enabling Jerry Robinson to move out of U.S. stocks just before the market collapse.

And as we declared in last week’s podcast entitled: Global Economic Outlook 2013: The Return of Volatility, Jerry Robinson warned listeners it was time to prepare for another massive wave of volatility. This turned out to be a very accurate forecast as the Volatility Index (Ticker: VIX) rose a stunning 27% on Thursday of last week!

For the week, the Dow fell 1.8 percent, the S&P 500 declined 2.11 percent, and the Nasdaq lost 1.94 percent. AT&T was the worst performing Dow component for the week, while Cisco climbed. All ten key S&P sectors ended in the red for the week, with utilities and telecoms leading the decline.

What caused the markets to decline so sharply last week?

You can thank Mr. Ben Bernanke & Co. at the Federal Reserve.

Related Headlines
Ron Paul’s Fed Choice Speaks on Gold (VIDEO) >>
Gold Prices Recover Some Ground and Settles at $1,292 >>
Gold Investors: Don’t Get Caught Up With The Panic Of Herd >>

In this week’s Retirement Minute segment, veteran retirement specialist John Bearss exposes two more myths about Social Security. These myths include: “Social Security is only a retirement program” and “If you earn money after you retire, you’ll lose your Social Security benefit.” John explains why these myths are not true and provides wise counsel for those nearing retirement.

Related Headlines
Is Real Estate Every a Wise Investment for Retirees? >>
Will vs Living Trust: Which One is Right For Me? >>
View the Retirement Minute Archive >>

Do Christianity and Capitalism Mix? 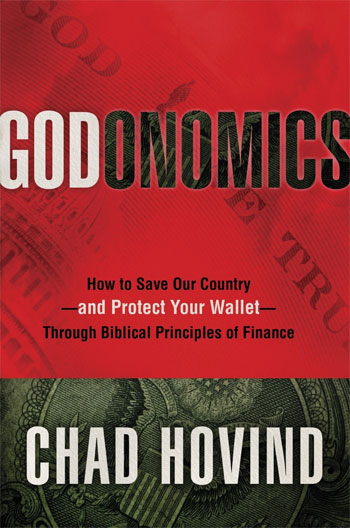 In this week’s special guest interview, Jerry Robinson is joined by pastor, author, and friend of Follow the Money radio, Chad Hovind, who discusses his latest book: Godonomics: How to Save Our Country and Protect Your Wallet Through Biblical Principles of Finance

Some of the topics discussed in this interview include: