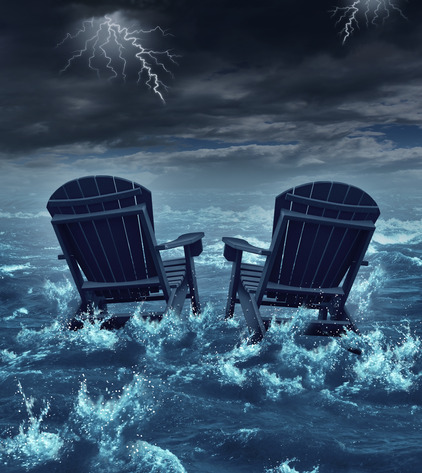 Never before in America’s history has the writing been more clearly visible on the wall.

After conducting a grand experiment of consistent deficit spending with a completely worthless fiat currency, the colossal economic failure created by our nation’s policymakers will simply be spectacular. For the last several decades the basic underpinnings of our nation’s economic foundation have been subjected to one abuse after another from a whole host of mad fiscal and monetary “scientists.” They have attempted to bend the most obvious economic laws. The result will be devastating to Americans who have failed to make the most simple of financial preparations.

As a result of these poor financial decisions, Americans have fallen prey to the government generated economic crisis which has reduced many American citizens to an extreme dependence upon Federal assistance programs, such as food stamps and disability payments.

According to the latest figures released in November 2012, over 47 million Americans now receive food stamps. (To put this in perspective, consider that this number is greater than the entire population of Spain, which is currently just under 47 million.) America’s descent into government dependence is only growing as approximately 11,000 new food stamp recipients apply and gain entrance into the assistance program every single day.

Federal disability income recipients are also growing at break neck speed. As of January 2013, the Social Security Administration has reported that 8,830,026 Americans are collecting disability payments. The number of Americans enrolled in the disability program has increased every month for the last 192 months. This upward trajectory has been firmly in place since January 1997, which was the last time that disability claims decreased.

But in its latest assessment of the Social Security program, the Congressional Budget Office reports that the SSI Disability Trust Fund will be depleted sometime during the first quarter of fiscal year 2016. Where will the government get the funds to maintain these disability payments beyond 2016? They will simply raid another “Trust Fund”, of course.

Related Article: Will Social Security Be Enough For Retirement?

And its not just the Disability Trust Fund that quickly depleting. The Social Security Trust Fund itself is also dwindling rapidly. When I penned the first edition of my book, Bankruptcy of our Nation, back in 2008, I warned readers that the Social Security program would be completely insolvent by 2040 based upon the projections available from the Congressional Budget Office.

As I compiled the new research for my revised and expanded version of the book, released in 2012, I was dismayed to find that the year of reckoning had been moved up to 2036.

And now, the latest revised projections from the CBO documents the continued destruction of the Social Security with its total bankruptcy now scheduled for 2031. However, I would be surprised if the program is able to hobble that long. I believe that the bankruptcy of the Social Security program will come sooner rather than later. Anyone scheduled to retire beyond 2031 should prepare for either drastic cuts to their projected benefits… or for no benefits at all. New retirees in 2013 should also plan on a reduction in their monthly benefit amount as Washington will no doubt ignore this problem as long as possible as we continue careening ever closer to the brick wall.

America’s retirement crisis is real. Within one decade, this nation will be facing economic challenges that many of us never dreamed possible. Within two decades, the economic devastation will literally alter our view of retirement in general. There has never been a better time to get started on the journey towards financial freedom. Begin here!

(Recorded on 10/26/21) Unlock this video now Already a member? Login here Topics covered on this video coaching call On this week’s live coaching call, we share the latest addition to our long-term cryptocurrency investment portfolio. We are also joined this week by a...

END_OF_DOCUMENT_TOKEN_TO_BE_REPLACED

VIDEO: The Model For Financial Success

(Recorded on 10/19/21) Topics covered on this video coaching call On this week’s live coaching call, we are joined by financial advisor Mike Mitchell to discuss a powerful macroeconomic planning process that can help you create measurable financial strategies to...

END_OF_DOCUMENT_TOKEN_TO_BE_REPLACED

Segment 1: Beware of the Pitfalls SEGMENT BEGINS AT 00:39 Over the years, investor/trading coach Jerry Robinson has encountered several pitfalls that have interfered with achieving financial success. Today he shares five of these pitfalls that may not be readily...

END_OF_DOCUMENT_TOKEN_TO_BE_REPLACED

VIDEO: The Model For Financial Success