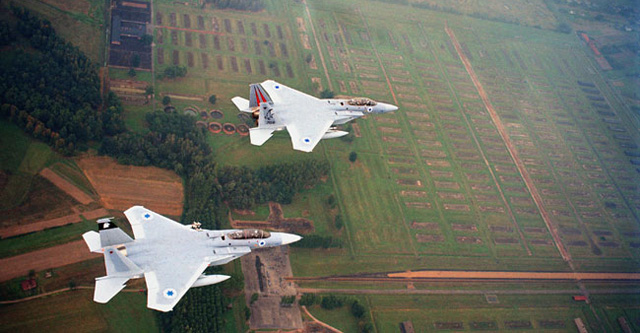 Investors put $346 billion into mutual funds and exchange-traded funds that own stocks this year as of Dec. 23, the largest annual inflow on record.

Rising interest rates and rising stock values? How long can this last?

Spending on New Cars May Break Record in December

Total vehicle sales are expected to be up at least 4 percent year over year, with the industry anticipating all-time record consumer spending on new vehicles, according to a forecast.

The six energy-rich Arab monarchies of the Gulf are seeking to strengthen ties with China.

Until now, the Gulf states have relied on the US fifth fleet stationed in Bahrain to protect their vast oil fields.

Can a China-Russia Axis Bankrupt the U.S.?

Both Russia and China have closely studied the end of the Cold War and how the U.S. ultimately defeated the U.S.S.R. by bankrupting it. Two decades later, it looks like Moscow and Beijing are trying to return the favor.

North Korean leader Kim Jong-Un has warned war could break out “without any prior notice” amid heightened tension on the Korean Peninsula.

Yet another attempt at regional integration…

The Obama administration moved late Friday to prevent a federal judge in California from ruling on the constitutionality of warrantless surveillance programs authorized during the Bush administration, telling a court that recent disclosures about National Security Agency spying were not enough to undermine its claim that litigating the case would jeopardize state secrets.

Computerizing People May Be Next Step in Tech

“Eventually you’ll have an implant, where if you think about a fact, it will just tell you the answer.”

Topic: While gold is down 25% in 2013, our P.A.C.E. Portfolio, which includes gold and silver, is up 16%, testifying to the power of diversification.