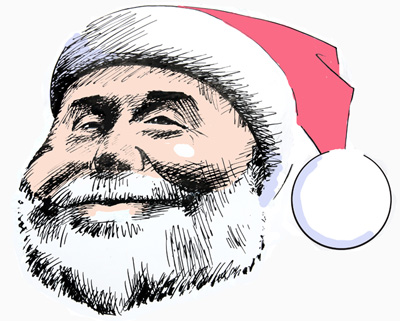 U.S. payrolls rose by 203,000 in November, and the unemployment rate fell to its lowest level in five years – signs of growth that could prompt the Fed to begin easing its easy-money policies.

– In November, the jobless rate dropped to 7 percent.

– A year ago the Fed said that it would keep interest rates at their near-zero floor as long as the unemployment rate remained above 6.5 percent.

Get a $50 Instant Rebate with any Paid Account (Learn More)

They say those who forget the lessons of history are doomed to repeat them.

Government data on Dec. 4 showed that U.S. crude supplies fell for the first time in 11 weeks as fuel demand increased.

Dramatic footage emerged this week showing the unlikely rescue of a Nigerian man, who survived for almost three days trapped in an air bubble in his sunken ship. He spent time reciting the last psalm his wife had sent by text message, sometimes called the Prayer for Deliverance: “Oh God, by your name, save me… The Lord sustains my life.”

The 95-year-old anti-apartheid icon led South Africa’s transition from white-minority rule in the 1990s, after spending 27 years in prison.

Marine biologists admit they are baffled after stunned eyewitnesses filmed a mystery luminescent, tentacled being swimming in Bristol harbor.

GRAPHIC: Female detainees are reportedly being raped, forced to dig their own graves and then killed with hammer blows to their necks.

The U.S. military says it will no longer release reports of hunger strikes staged at its notorious Guantanamo Bay prison to the public since disclosing such news is not in its interest.

Topic: On this week’s program, Jerry and his guest, (Trace Mayer, JD), discuss how to buy Bitcoin, what Bitcoin is, and why it is becoming so popular.

“For the Scripture says, ‘Do not muzzle the ox while it is treading out the grain’ and ‘The worker deserves his wages.'”
1 Timothy 5:18

Private Group Coaching: 5 Ways To Use The Robinson Report

PODCAST: The Bull Case For Bitcoin