Are You Prepared For An Attack on America’s Power Grid?

‘GET OFF THE GRID’ 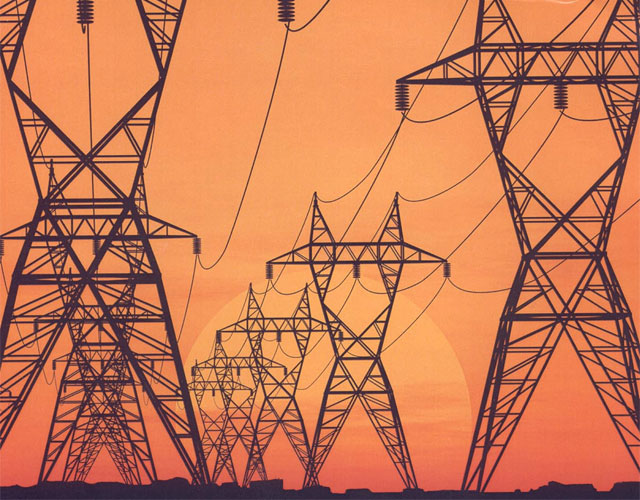 Are You Prepared For An Attack on America’s Power Grid?

FTMDaily.com – Today, America stands on the edge of complete economic and moral collapse. Our population is more dependent upon government services now than ever before. And to make matters worse, nearly 81% of Americans live in highly populated metropolitan areas. Given these facts, imagine how quickly America would descend into complete chaos if there were a simple “hiccup” in our nation’s food supply chain or in our electric grid system. Unfortunately, it is only a matter of time before such a cataclysm occurs in our country.

Several years ago, my wife and I saw the “writing on the wall” for America and decided it was time to begin getting ourselves “off the grid.” We have since moved from America’s fourth largest city (Houston) to a remote area in Northwest Arkansas. Our lives have become simpler, and the conveniences have become fewer. However, we are now much closer to the land and it feels great. We are growing our own food, raising chickens for eggs and meat, and exploring new and more sustainable ways to generate our own energy.

We still have a long way to go and have a lot to learn. But we are committed to adopting a more sustainable lifestyle as I am all but certain that America’s current way of life will disintegrate into mass social unrest and chaos in the coming years.

One of the most devastating scenarios that face Americans living in highly populated areas is the looming threat of an attack against the nation’s vulnerable electric power grids. This could come in the form of a cyber attack against the power grid, or even an Electro Magnetic Pulse (EMP.)

One U.S. lawmaker that has studied the situation closely, U.S. Rep. Ed Markey (D-Mass.), explained the threat this way:

“With one well-placed keystroke, Americans could be plunged into darkness and chaos through the damage to our electric grid. Foreign enemies are employing Web warriors to attack our way of life, and it’s time that our actions respond to the potential threat.”

Such an attack could cost thousands of American lives. According to the National Academy of Sciences:

“A terrorist attack on the U.S. power grid could be more destructive than superstorm Sandy, possibly costing hundreds of billions of dollars and leading to thousands of deaths.”

Recently, a new report was released by New Jersey’s Regional Operations Intelligence Center. The report, which highlights at least eight instances of intrusions at electrical grid facilities in New Jersey, warns that the U.S. electrical grid is “inherently vulnerable” to attacks that could wipe out power across large swaths of the country. (You can read the PDF report here.)

If the lights were to suddenly go out in your area, would you be prepared? Do you have a plan?

Here are some basic ideas to get started…

– Consider purchasing a gas-powered generator to power life’s most basic necessities in the event of a power blackout.

– Create a six-month food and water reserve so that your family can survive a sudden breakdown in the food supply chain.

– Explore alternative energy sources for heating and cooling your home, as well as cooking. (For heating, we have a wood-burning stove. If disaster strikes, all we need is wood to heat our home. Additionally, the model we purchased also has a wonderful cooktop area, which allows us to heat and cook food even in a power outage.)

The threats facing our nation are real and growing. This is not meant to alarm you, but to warn you to take action. If you are one of the 81% of Americans that live in a highly populated metropolitan area, it has never been more important to have a plan for when disaster strikes.

Below are a few videos to help you get started.

(Is the stock market in buy mode? Or is it time to sell? Don’t lose money by guessing! Learn more about our powerful Market Barometer system..

Shares of Fannie Mae fell by 32% and shares of Freddie Mac fell by more than 28% on Tuesday after U.S. senators in Washington announced a bipartisan agreement that could lead to the shutdown of the mortgage giants, which have been operating under government conservatorship.

Withdrawals from U.S.-based Chinese ETFs totaled $87.5 million March 10, the most among 46 nations, bringing this year’s redemption to $380.7 million.

Are Robots About to Take Our Jobs?

Experts are now warning that nearly half of American jobs are at “high risk” of being taken over by robots in the next decade or two.

Fracking is Turning the U.S. into a Bigger Oil Producer than Saudi Arabia

Bank of England issues warning as British economy grows faster than any other developed nation.

Good news for those invested in U.S.-based natural gas exporters…

China accounts for half of all the $30 trillion increase in world debt over the past five years.

Senate Intelligence Chair Dianne Feinstein (D-Calif.) has accused the CIA of breaking the law by secretly removing documents, searching committee-used computers and attempting to intimidate congressional investigators by requesting an FBI inquiry of their conduct.

While progress on the search-and-recovery efforts of the missing Malaysian Airlines jet continues to disappoint, the stolen-passport plot thickens considerably.

Was The Price Of Ukraine’s “Liberation” The Handover Of Its Gold To The Fed?

So just more disinformation and propaganda surrounding the Ukraine, or something more?

Tokyo has recently constructed one of the world’s largest and most controversial production facilities for a nuclear explosive material.

USDA: Americans Trash About 1/3 of Their Food, Worth $161 Billion

About 30 percent of the 430 billion lbs of food produced in the United States is wasted, an incredible statistic, especially given the lack of landfill space, not to mention the global menace of world hunger.

Increased food demand comes at a time when the world is investing less in agricultural research, prompting fear among scientists that global food security could be imperiled.

“Honor the Lord from your wealth and from the first of all your produce; So your barns will be filled with plenty and your vats will overflow with new wine.”
Proverbs 3:9-10