Ron Paul Asks: Who Will Stand Up to Obama?

‘WHO WILL STAND UP TO OBAMA?’ 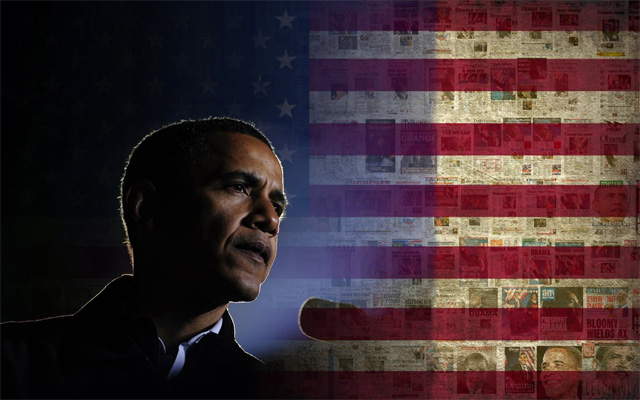 Ron Paul: “Will No One Challenge Obama’s Executive Orders?”

Former Rep. Ron Paul, as one of the few remaining American statesmen, has just penned an excellent article on the dangers of Washington’s gross misuse of executive power. Below are some of the more important snippets from the article, which can be read in its entirety

President Obama’s State of the Union pledge to “act with or without Congress” marks a milestone in presidential usurpation of Congressional authority. Most modern presidents have used executive orders to change and even create laws without Congressional approval. However President Obama is unusually brazen, in that most Presidents do not brag about their plans to rule by executive order in State of the Union speeches.

Sadly, his pledge to use his pen to implement laws and policies without the consent of Congress not only received thunderous applause from representatives of the president’s party, some representatives have even pledged to help Obama get around Congress by providing him with ideas for executive orders. The Constitution’s authors would be horrified to see legislators actively aiding and abetting a president taking power away from the legislature…

Political opponents of the president rightly condemned Obama for disregarding the Constitution. However, it was not that long ago that many of the same politicians were labeling as “unpatriotic” or worse anyone who dared question President Bush’s assertions the he had the “inherent” authority to launch wars, spy on Americans, and even indefinitely detain American citizens…

Most employers won’t face a fine next year if they fail to offer workers health insurance, the Obama administration said, in the latest big delay of the health-law rollout.

The World Gold Council offers their analysis of where gold has been in 2013, and where it may be headed in 2014.

Tired of ending every month in the hole with no idea where your hard-earned money went? It may be time to re-evaluate your spending.

Palestinian Authority: “We Won’t Recognize Israel as a Jewish State”

More stumbling blocks for the “peace deal” as the PA reiterates its refusal to recognize Israel as a Jewish state.

Iran’s military has successfully test-fired two new domestically made missiles ahead of talks with world powers to try to reach an agreement on curbing Tehran’s nuclear program.

If there were such a thing, it would probably be rule No. 1 in the teaching manual for instructors of aspiring suicide bombers: Don’t give lessons with live explosives.

China appears to be buying an expensive insurance policy for natural gas imports from Central Asia with its plans to build a pipeline through Tajikistan and Kyrgyzstan.

“Fluoride seems to fit in with lead, mercury, and other poisons that cause chemical brain drain.”

Faced with a skeleton budget, the agency is looking for innovative ways to cooperate with the private sector in order to continue research and exploration.

13.6 billion-year-old heavenly body is a time capsule that allows scientists to study the chemistry of the first stars.

Astronomer: Intelligent Alien Life Could Be Found by 2040

The first detection of intelligent extraterrestrial life will likely come within the next quarter-century, a prominent alien hunter predicts.

This is the first test for Obama’s new policies on drones, which raised the standards required to approve the death of an American citizen with a drone strike — and without due process.

The NSA’s Secret Role in the U.S. Assassination Program

Edward Snowden and Jeremy Scahill lift the veil on one of America’s most controversial top secret operations.

Switzerland’s surprise decision in favor of curbing EU immigration, was greeted by UKIP’s Nigel Farage as “wonderful news for national sovereignty and freedom lovers throughout Europe.”

“Without consultation, plans are frustrated, but with many counselors they succeed.”
Proverbs 15:22