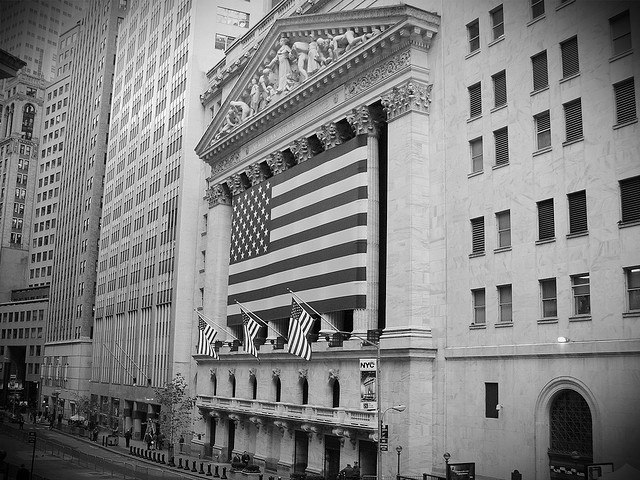 Gold prices are starting to get interesting…

Dell’s expected layoff program is expected to begin this week, and over 15,000 people may lose their jobs worldwide.

Financial World Shaken by 4 Bankers’ Apparent Suicides in a Week

The apparent suicide death of the chief economist of a US investment house brings the number of financial workers who have died allegedly by their own hand to four in the last week.

Is Your Money Safe at the Bank? An Economist Says ‘No’ and Withdraws His

In 2013, the natural products market grew more than twice that of the conventional grocery market. Here’s one stock that is poised to continue higher on this growing trend.

WSJ: How a Trust Can Cut Taxes

Higher income-tax rates may increase the incentives for trustees to pay out more to beneficiaries.

5 Tips For Younger Investors Who Are Just Starting Out

Common wisdom suggests younger investors are far more likely to achieve their investment goals the earlier they get started.

After being declared a “criminal organization” last year, Golden Dawn is back, and angrier than ever.

U.S. Ready to Return to Moon

America is preparing to land a robot on the moon for the first time in four decades.

Over the past 10 years, the Islamic holy city of Mecca has undergone a huge transformation, one that has divided opinion among Muslims all over the world.

According to an outrageous new report, lawmakers and their staffs took a combined 1,887 taxpayer funded trips last year for a total cost of almost $6 million. Overall, Israel was the most popular destination, accounting for $2 million in travel—more than one-third of the total travel expenses to all destinations.

Judges Poised to Hand U.S. Spies the Keys to the Internet

Major court battle could determine the future of the NSA’s data collection methods.

Feds Will Require All New Vehicles to Talk to Each Other

The feds think vehicle-to-vehicle communication is a great idea and want to make sure every new car has it.

Dear America, I Saw You Naked

And yes, we were laughing. Confessions of an ex-TSA agent.

“Also it is not good for a person to be without knowledge, and he who hurries his footsteps errs.”
Proverbs 19:2