This is America’s ‘Economic’ Achilles Heel

‘END OF THE PETRODOLLAR’

This is America’s ‘Economic’ Achilles Heel

FTMDaily.com – When I first began warning about the eventual fallout of the petrodollar system back in 2006-2007, I had very few peers who shared my concerns. But over the last couple of years, I have been grateful to see the rise of many similar voices warning about the impending dangers associated with America’s unsustainable dependence upon the current “oil for dollars” arrangement. (In many ways, the petrodollar system is the American economy’s vulnerable “achilles heel.”)

This morning, I was pleased to be sent an article from Casey Research entitled: The Colder War and the End of the Petrodollar. It was written by their energy investment specialist, Martin Katusa. I encourage you to read it as it contains some valuable insights into the current state of America’s crumbling dollar demand.

You can read the article here.

Its true… The petrodollar system is crumbling. And its ultimate demise will catch most Americans off-guard. Don’t be one of them.

Attention: Our brand new web-based stock trading software, Trigger Trade Pro, will be released tomorrow! For a limited time, we are offering a 50% discount. To receive this special discount, enter your email below!

(There’s no obligation. We’ll just send you a coupon code for you to use, if you wish.) 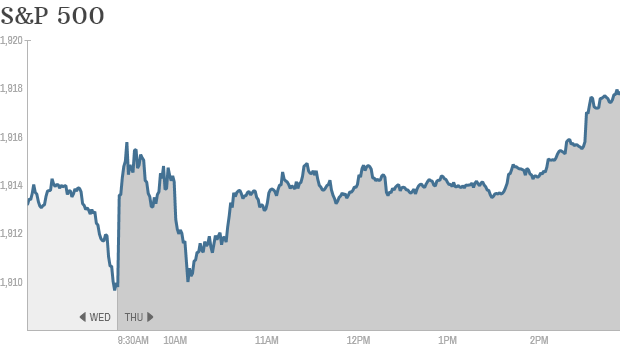 Despite a weak report on U.S. economic growth, the S&P 500 rose to another high Thursday as investors bet the economy is on the mend.

US GDP contracts for first time in 3 years…

No deal means the two parties may have to settle their difference in court.

‘U.S. Needs to be Aware of China, Russia Trading in Their Own Currencies’

The biggest energy deal between China and Russia could be the catalyst that dethrones the greenback as the world’s reserve currency.

President Shimon Peres and Palestinian Authority President Mahmoud Abbas will meet at the Vatican and pray for peace together at an unprecedented gathering on June 8, the Vatican said on Thursday.

So far, this year has been the bloodiest since 2008.

Memo Outlines Obama’s Plan to Use the Military Against Citizens

DOD Official: “The latest step in the administration’s decision to use force within the United States against its citizens.”

The leaders of Russia, Belarus and Kazakhstan on Thursday created an economic union that intends to boost cooperation between the ex-Soviet neighbors, a pact which was at the source of the crisis in Ukraine.

Bilderberg at 60: Inside the World’s Most Secretive Conference

Thursday is the opening day of the influential three-day summit and it’s also the 60th anniversary of the Bilderberg Group’s first meeting, which took place in Holland on 29 May 1954.

Iranian Commander: Collapse of U.S. Empire is Near

The deputy commander of Iran’s Revolutionary Guard, Brig.-Gen. Hossein Salami said that the US’s status in the world has deteriorated and that its collapse is near.

“Prepare your work outside and make it ready for yourself in the field; afterwards, then, build your house.”
Proverbs 24:27