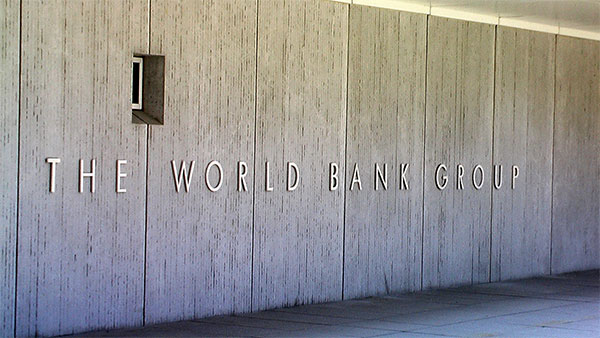 “What I witnessed was money going the wrong way and a cover up. And a failure to correct the cover up no matter how high I went up the corporate ladder.”
– Karen Hudes, Former World Bank Senior Legal Counsel-Turned-Whistleblower

Editor’s Note: Karen Hudes has quite a story to tell. As the former senior legal counsel at the World Bank, Karen claims to have witnessed — and documented — immense levels of financial and political corruption. Recently, Karen Hudes contacted our office with a large number of documents exposing corruption within her former employer, the World Bank. In a world dominated by a handful of powerful families and corporations, I believe we need more people like Karen who will take a risk to spread the truth. I recently sat down with Karen and asked her to share her story about the corruption she witnessed firsthand during her employment at the World Bank.

Jerry Robinson: Karen, you are a former senior legal counselor at the World Bank, which is an institution that was created by the Bretton Woods Arrangement back in 1944. The World Bank’s official mission is to “help eradicate poverty,” but you claim you saw corruption. What exactly did you witness at the World Bank?

Karen Hudes: What I witnessed was money going the wrong way and a cover up. And a failure to correct the cover up no matter how high I went up the corporate ladder. It wasn’t just me. I started working together with other whistleblowers and this is what we were all reporting.

The first thing that I saw was in the mid-1990’s, which is when the board said they wanted to “correct” the organization’s Human Resources department as well as the incentives for promoting management. I was on the task force for this. We brought in a man by the name of Alberto Bazzan from IBM to help us clean up management. About a year later, he came to me with this complaint:

“Every person that I recommend to my superiors as worthy of promotion ends up getting fired. And anyone I report as acting dishonestly and worthy of demotion from a management position seems to gets promoted. I don’t know how long I’m going to last here.”

And sure enough Alberto left the World Bank shortly after that. So that was the first thing that began setting off my alarm bells.

I then took my complaint to the U.S. Senate Committee on Foreign Relations. Senator Dick Lugar championed my cause and warned that the United States was going to lose our leadership role in the world and end up in a currency war if we did not get rid of this high-level corruption.

Related Article: Read About the 1944 Bretton Woods Arrangement that Instituted the World Bank

JR: The World Bank is made up of 188 member countries. But who actually profits from the corruption and money laundering?

KH: If you look at Goldman Sachs, CitiGroup, Bank of America, or Wells Fargo, these are all one entity because their boards are all interlocking. This group is in control of the Federal Reserve system, and of the central banks of the 58 countries that belong to Bank for International Settlements. These [central banks] are not government entities, they are private entities. This group thinks it sits above the law, and that’s why we never truly know what’s going on because this group has bought up control of the press and is bound and determined not to let the citizens of these countries know what is going on.

JR: Very interesting. Now this group of people, this cabal that you are speaking of, how big is it? Who is involved?

KH: What I found out actually is that there are layers upon layers and that there are secret groups that go around acting like the enforcers or the coordinators or whatever you want to call them. So I can tell you who these groups are so you can get a good picture of how this group operates. There’s something called the Knights of Malta, there’s something called the Council of Foreign Relations, there’s something called the Bilderberg Group, there’s something called the Trilateral Commission, and fasten your seatbelts, folks… there’s something called the Jesuits. These people are the ones that are determining and have mapped this out… you know, these groups are kind of like the successors of the groups that were operating to assassinate Lincoln, and of the group that assassinated JFK. And they have had a plan that they are systematically implementing. When there’s a big depression, the banks don’t lose money, they usually gain money because they buy up the assets at the end of the depression at rock-bottom prices. So what happened in the 1930’s was engineered. And it’s very easy to do. What you do is reduce the amount of money in the system and then the system crashes. They have an idea that they want to produce another crash, and guess what? We caught them at it. And it’s not happening… it’s not happening. With 90-95% certainty, that group is going to exit stage left, we are going to have our own currency, and they are going to be out of business.

JR: Do you think the proposed BRICS bank has anything to do with this group feeling threatened?

KH: Yes, the BRICS nations, (Brazil, Russia, India, China, and South Africa), currently accounts for 25% of global trade. They have given notice to the world that the trade among themselves is no longer going to be paid for in U.S. dollars. They are going to use offsets. And at the end of the accounting period, any country who owes another country money is going to pay in gold. So the international reserve currency status of the dollar is no longer there, and what this super-entity had in mind is that we were going to have a one-world currency. Well, that’s not happening, because these economies, the BRICS economies, are not signing on for that.

JR: Many people are obviously outraged about the alarming amount of global financial corruption. What can the average citizen do to help stop this corruption? Is there anything we can do to support your work?

KH: The cover up of corruption is going to end and is already starting to end because of the internet and word of mouth and because of the efforts of U.S. allies. Our allies are rooting for us because they don’t a currency war. They don’t want China to gain the upper hand. What we have to do is write our legislators, starting with county and state officials and tell them you know what’s what… and that you don’t want World War 3, and you don’t want the dollar to crash, you don’t want the U.S. to lose its credit rating status. You want the corruption to end. Turn off the TV and unsubscribe to your newspapers, because you are simply getting a lot of propaganda. You are not getting the reality. Why do you think you don’t know about my story, since I have been talking about this since 2007?

JR: How can people learn more about the facts of your case?

KH: You can visit my website and read all the documents and contact me if you have any questions.

JR: Thank you so much for your time and for the work you are doing.

KH: Thanks for having me.

Note: You can listen to our phone interview with Karen Hudes on this week’s radio show here.

Stocks were little changed as investors digested a stronger-than-expected reading on the U.S. services industry and looked ahead to key jobs data later in the week.

Gold futures headed lower Tuesday, pulling back after the minor gain in the previous session, with prices weighed down by a stronger dollar but finding support at the $1,300-an-ounce level.

CHART: These 10 Mega-Corporations Control Almost Everything You Buy

This mindblowing chart shows how just ten corporations control the output of almost everything you buy; from household products to pet food to jeans.

Microsoft has declared war on Google in a series of high profile criticisms about the way the firm scans the contents of every email its users send to target ads at them.

“People would never accept the police keeping a real-time log of which shops we go in, but this technology can do just that. It is a surveillance state by the shop door.

Residents of 11 Colorado counties will vote Tuesday on whether to secede and form the nation’s 51st state.

“This book of the law shall not depart from your mouth, but you shall meditate on it day and night, so that you may be careful to do according to all that is written in it; for then you will make your way prosperous, and then you will have success.”
Joshua 1:8