The New World Order is Advancing

The New World Order is Advancing

FTMDAILY.COM – If you are wondering why gold, silver, oil, and many other commodities have been down recently, you can place some partial blame on the strengthening U.S. dollar. Since July 1, the U.S. dollar has risen immensely. The dollar index has gone from 79 to 84 in just over two months. 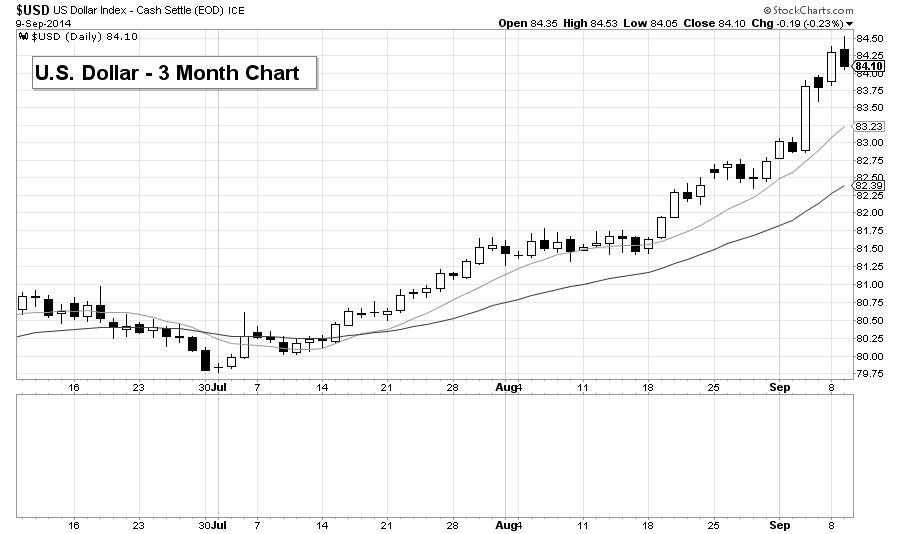 Speaking of the dollar, it seems the President is touting economic success in almost every aspect of Americans’ lives. Listen to President Obama below starting at the 29:00 minute mark, speaking about the current state of the economy.

President Obama on Meet the Press

So, President Obama claims to have cut the deficit in half during his presidency so far. Well, let’s explore this a bit further.

First, what exactly is the deficit? It is the difference between how much money the Federal government spends and how much it receives in revenues. The more the annual deficit, the higher the national debt becomes due to borrowing money to cover expenses. The cut in the deficit that President Obama is referring to is a result of rising tax revenues.

If we look at the past several years, the deficit exceeded $1 trillion each year from 2009 through 2012.

The deficit in fiscal year 2014, which ends Sept. 30, is projected to be $506 billion. Until now, the deficits under Obama have been over $1 trillion. The current spending levels in Washington are akin to the Ronald Reagan era, which were some of the highest deficits in a generation.

The bottom line is that Washington spends more than it earns, and brags about it when their annual deficits fall. The only President that could boast of a surplus in the last generation is Bill Clinton.

Furthermore, the other points that the President made about the current state of the economy can certainly be disputed. Here are just a few examples:

The President also spoke about ISIS (or ISIL, or IS, or whatever they like to be called) in his interview with Meet the Press. President Obama is under tremendous fire to come up with a plan of action to deal with ISIS. Tomorrow, President Obama is going to lay out his agenda to the nation on how to handle this problem.

As most people know by know, ISIS began as Al Qaeda in Iraq. It was formed in direct response to the Iraq War. In essence, we Americans are spinning our wheels here. ISIS members are using U.S. weapons to inflict their destruction, and many Americans refuse to admit that there are two sides of this story. How many drone strikes have laid waste to areas in Iraq under President Obama?

And then, of course, there is the question of how Washington is going to pay for a fresh new military effort in Iraq/Syria. There used to be calls for sacrifice during times of war. Remember those World War I and World War II ads calling for citizens to ration food and fuel, to carpool to work, to buy war bonds, and especially to join the military. But we do not hear any messages of sacrifice today. In fact, Washington wants us to continue consuming, and indeed increase our consumption, as the bankrupt, debt-ridden economy depends on consumption for survival. 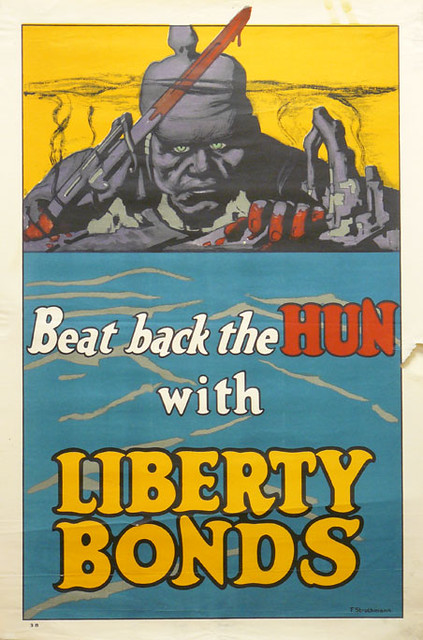 Although a new world order is still years, if not decades, away from materializing, it is definitely beginning to make more and more headlines. Just last week, Henry Kissinger penned an article in the WSJ about the assembly of a new world order. Iran’s top leader has issued a statement saying people should prepare for a new world order.

And perhaps most surprising, during a recent interview with the Australian Broadcasting Corporation, U.S. Defense Secretary Chuck Hagel was asked what he was most concerned about in the world today. He said his top concern is that of the new world order. See his answer in the video below.

Listen to the podcast above for Jerry Robinson’s complete analysis…

Trying to keep up with all of the news that’s important to you, your family, your faith, and your wallet can be a challenge.

Additionally, sifting the “wheat” from the “chaff” can be an even greater chore.

That’s why we are excited to announce the launch of the new FTMDaily News feed.

The new FTMDaily news feed is an interactive way to stay informed. Leave a comment, share an item on Facebook, and read the comments of others.

Next, Jennifer Robinson is here to update our FTM Insiders on Trigger Trading activity for the past week. We sold one position last week (actually we were stopped out of NHI at a positive gain of 4.20%). We have 13 stocks in play in the market currently and are sitting on some nice gains so far. BFR is up 6.62% from its trigger price, AMX has gained 8.81% in only 7 trading days, WWAV is still in play and is up 6.76%, and UDR is sitting on a solid 4.25% gain. We have raised our stop loss order on many of these positions to lock in some gains. Four stocks are still awaiting Jerry’s trigger price at this time.