America’s Day of Reckoning is Nearing 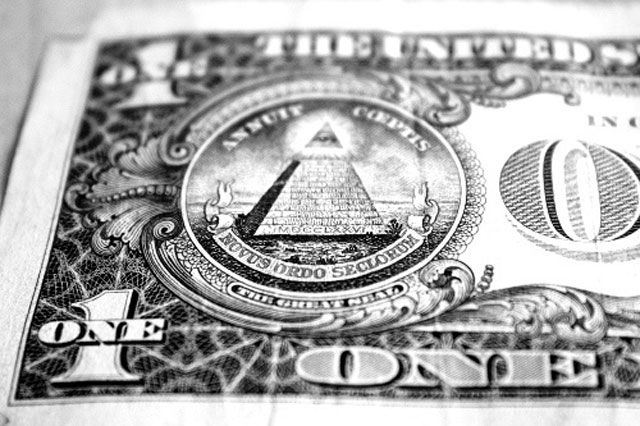 As U.S. stocks hit record highs and as gold prices struggle to maintain their upward trajectory, an eerie sense of complacency seems to be creeping into America’s financial markets once again. U.S. stocks finished higher today after the Federal Reserve’s likely new Chairman, Janet Yellen, defended the central bank’s unprecedented monetary stimulus efforts in her testimony before Congress. If confirmed, Yellen is certain to continue the extraordinary money pumping that has inflated global markets and driven U.S. interest rates to record lows. According to Yellen, the Fed’s quantitative easing program has made the U.S. economy “significantly stronger.”

This would be comical if the livelihoods of so many Americans were not at stake. Unfortunately, the Fed’s excessive money printing campaign will end very badly for those who believe Yellen’s nonsense.

Now that the U.S. financial markets have reached new record highs, millions of Americans who have been on the sidelines are now pulling money out of bonds and rushing headlong into U.S. equities. But the QE-induced rise in U.S. stocks is merely an illusion. Don’t get me wrong. I am invested and enjoying the ride. But the levels that we are witnessing now have been made possible, not by real economic growth, but by excessive liquidity in search of a decent return on investment. While I don’t expect the Fed’s money printing to stop anytime soon (no taper is imminent), the party will eventually come to an end. And when it does, U.S. stocks will be one of the hardest hit asset classes. For this reason, we have long suggested that individuals invest broadly across various asset classes, including stocks, real estate, precious metals, in their own business, etc.

Broad investment diversification is one of the only strategies that will shield investors from America’s coming day of reckoning.

This day of reckoning will occur when the world finally decides to limit its use of the U.S. dollar.

In the latest international move against the U.S. dollar, a Russian lawmaker has submitted a bill this week that would “ban the use or possession of the American currency.”

If successful, the bill would outlaw the act of holding dollars in Russia’s banks. Additionally, the country’s banks would no longer be able to make dollar-denominated transactions.

The bill was proposed by Mikhail Degtyarev, a member of the nationalist Liberal Democrat Party, who has compared the U.S. dollar to a global Ponzi scheme and has predicted a complete collapse of the dollar no later than 2017.

“The countries that will suffer the most will be those that have failed to wean themselves off their dependence on the dollar in time. In light of this, the fact that confidence in the dollar is growing among Russian citizens is extremely dangerous.”

It is a sad day when Russian lawmakers sound more reasonable than our nation’s own political leaders.

As many Americans continue to “argue over the bill” while sitting aboard the Titanic, real assets like gold are flowing out of the Western world to the East.

So too, wise U.S. investors are busy making preparations for the difficult days that lie ahead.

Meanwhile, the U.S. dollar has never been in greater supply.

America’s day of reckoning is nearing. How are you preparing?

To get our best investing ideas sent right to your inbox, become an FTM Insider today! 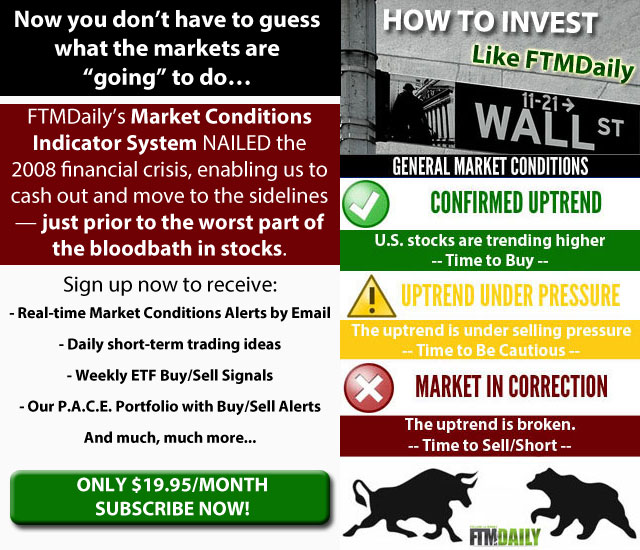 Topic: On this week’s show, Jerry Robinson provides his market commentary and analysis, and later, Jay Peroni, CFP shares how to profit from the the global green energy revolution.

YELLEN: “It’s important not to remove support, especially when the recovery is fragile and tools available to monetary policy, should the economy falter, are limited given that short-term interest rates are at zero.”

Apple Under Investigation For Over $1 Billion in Tax Fraud

In a statement, Apple denies saying: “Apple pays every dollar and euro it owes in taxes and we are continuously audited by governments around the world.

Gold Is Flowing From The Western World To The East

Gold demand in China, India and the Middle East surged in the 12 months to September while European sales contracted, underscoring a shift in the global bullion market from west to east, according to the World Gold Council.

The United States District Court for the District of Columbia rejected the agency’s arguments that its protocols surrounding an Internet kill switch were exempt from public disclosure and ordered the agency to release the records in 30 days.

Cisco has seen a huge drop-off in demand for its hardware in emerging markets, which the company blames on fears about the NSA using American hardware to spy on the rest of the world.

“Poor is he who works with a negligent hand, but the hand of the diligent makes rich.”
Proverbs 10:4