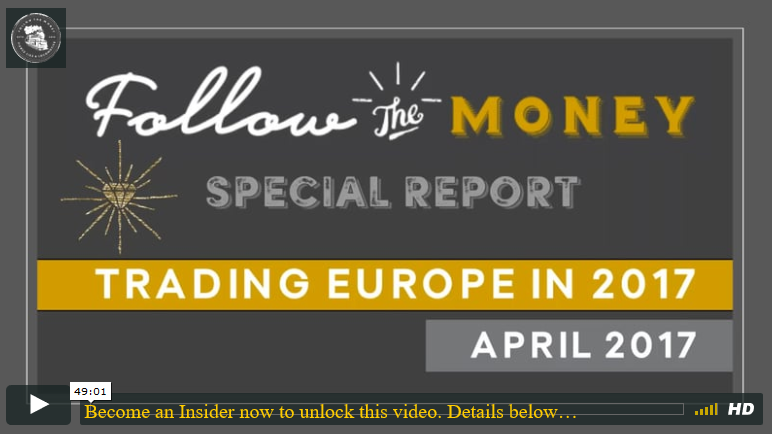 Topics Covered on this video conference call (in order)

MEMBERS DOWNLOAD NOW! Exclusive for members only: SPECIAL REPORT: European Stocks in 2017, in which Jerry Robinson reveals his top European stocks to trade this year. Become a member now!

Become an Gold member to See the Full Video Instantly

(Get 2 months free when you pay for the whole year!)

DISCLAIMER: The services provided in the Gold member membership are intended only to provide information. Trading involves risk. Decisions to buy, sell, hold or trade in stocks, futures, securities, and other investments involve risk and are best made based on the advice of qualified financial professionals.