In this 19th episode of the Mid-Week Precious Metals Market Update, Tom Cloud discusses some of the technicals and fundamentals that are impacting gold and silver prices.

New Data Out on Jobs Created

This week has been very uneventful as we’ve seen the price continue to go down after the figures came out on Friday that stated that 204,000 jobs were created when the experts had predicted 120,000. For those of you on my email blast, you received Paul Craig Roberts, the head of the treasury under Ronald Reagan, statement of how the numbers were wrong, and there was not even 120,000 jobs created.

Because the public doesn’t understand, and they’re busy trying to make a living, the government sometimes gives out numbers that are actually detrimental to them or that don’t help them except on the short term. They try to make the economy look like it’s growing at a strong rate when it’s not.

John Williams, the man I’ve quoted many times, on shadowstats.com, shows that the growth that was reported by the government on Thursday of 2.8% annual rate for the third quarter, really was no growth at all.

They just continue to jiggle the numbers, so what happens on the short term, people get excited about the economy growing.

They forget about the debt.

They forget about what serious trouble we’re in.

They forget about the debt ceiling coming on February 7th again.

They forget that our president can print all the money he wants between now and February 7th, and it won’t even count in the debt ceiling. He could, technically, print $2 or $3 trillion out there, and just add to the debt without having to get approved by congress.

2014 Predicted to be Great Year for Gold

One thing I can tell you from being at the wholesale meeting that we did an interview on with Jerry about two weeks ago, we are looking at next year being an incredible year for metals.

Everything we’re hearing is that sourcing of central banks to get more gold is possible.

We’re seeing a lot of people out there talking about the health care implementation. There will not be a crash that we’re expecting eventually, until the health care is implemented. They will do everything possible, during 2014, to get it implemented, including quantitative easing continuing at even higher rates.

So, we just have to really watch what’s going on and totally ignore these on the long term and not get caught thinking things are better because they are certainly worse, not better, from any economic indicator that you look at.

We are seeing, here late in the week, some short covering, and it has bounced gold back up from its Monday, Tuesday, and Wednesday numbers.

Hopefully, we’ll see this pass. We’re looking for the first two weeks of December to be fairly good as they usually are with the Chinese new year, people getting bonuses, and the end of the growing season in India. That money is being spent on gold and silver, so we are looking for a bounce the first two weeks of December while not knowing what will happen the remainder of November.

Like I said, we’re looking for a great 2014 after having our first down year out of 12 straight years up. This is the first down year for gold. We’re really excited about next year.

We are continuing to hear about shortages on the physical side. We’ve seen the US mint, for the second straight week, raise the premium on silver eagles, as they are having a very hard time getting physical silver to fill orders. The gold premiums have stayed the same at the US mint, but the silver premiums have been raised.

If anybody has any questions for me, they can contact me at 800-247-2812. If you are interested in setting up a precious metals IRA, we can help you with that as well. 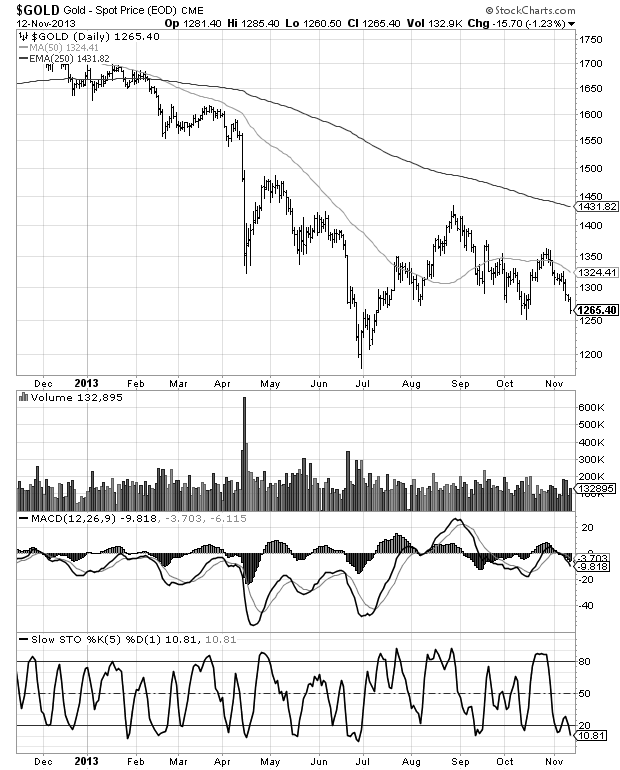 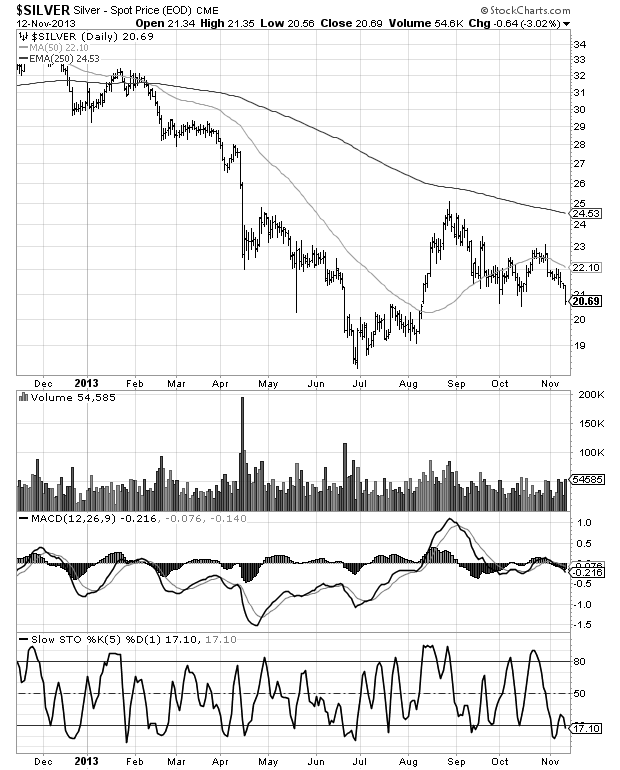 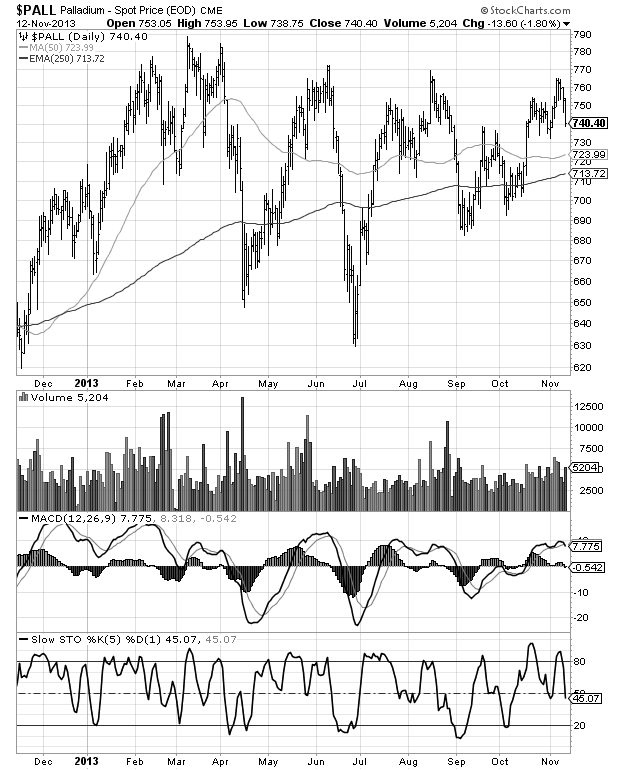 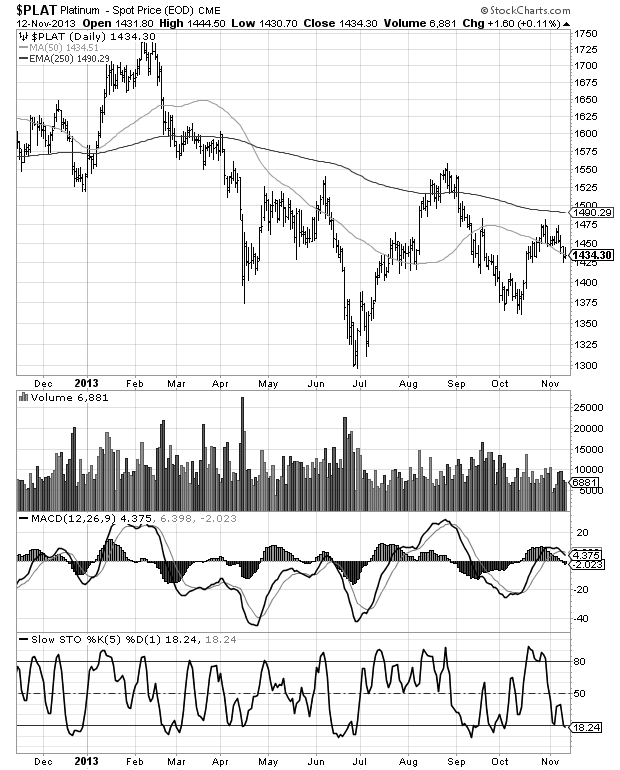