In this 10th episode of the BRAND NEW Mid-Week Precious Metals Market Update, Tom Cloud discusses some of the technicals and fundamentals that are impacting gold and silver prices, with exclusive info for FTM Insiders.

There’s so much going on and a lot of it is deception. What we’ll try to do today is concentrate on some major factors.

As the governments get desperate around the world, things move in our favor.

You can’t watch the short-term price with the Fed meeting coming up next week.

Let me start, first, by talking about the Dow Industrial changes yesterday. The way the Dow is set up, you have 30 industrial stocks and you’re able to follow it. Over the years, every time somebody performs poorly, they take them out and put in somebody else that makes the index look better. Yesterday, we saw 10% of the Dow removed when they took out Bank of America and ALCOA and put in consumer companies like Nike. We now have Walmart, Nike, McDonald’s and other companies like this in the Dow. If you go back to when the Dow started, the real Dow is around 12,000, not 15,000+. So, deception continues to try to get people to put money into the stock market that now has gone 13 years and is still not back to where it was 13 years ago. So, we’re going to continue to see that kind of deception.

We now know Bernanke wants out of this job and this debt. He doesn’t want the whole system to go down under his watch. Next week, on the 17th and 18th, there’s so much expectation that it’s almost a joke. When you think about tapering and what the Fed is talking about doing, it would be like you cutting your Credit Card debt from $2000 a month to $1760. He talked about tapering 12% off of creating $85 billion a month to only creating $75 billion a month. How in the world anyone with a sane mind can think this is positive is way beyond anything I can comprehend. And, yet, people out there in the market just sit and wait for the meeting next week.

And then this goes a little further to what happened earlier in the week when Poland came in and nationalized the 401ks. We’ve now seen it happen in Argentina. We saw it happen briefly in Brazil, and now we’re seeing it happen in Poland. We’re now seeing the central banks in Spain, Italy, and Portugal about to go completely under. And, yet, people are waiting to see if Bernanke is going to cut printing the money by $10 million, which is absolutely nothing. You’ve got to look at the big picture and realize what is going on.

We sit here with gold at $1362, and a narrow trading range between $1358 and $1372. I can’t tell you if it’s going to go a little bit lower, and, frankly, I don’t really care. What I care about is not having my money in U.S. dollars when they come and bail in and take a lot of the money you have in the bank .

It was enough last week when the FDIC came out and told you they only had one quarter of 1% of money in assets compared to what they have insured in the banking system. If you didn’t get a hint, yesterday,when the Bank of America was pulled out of the Dow, I don’t know how much clearer it can get about the problems that lie ahead.

We’ve got so many severe problems, it’s going to drive gold and silver to numbers you can’t comprehend. And yet, people are worried about trying to save $10 before they get in and not worried about when the government bails in either their 401k or the bank accounts. They just take a percentage of your bank account one day like they’re doing all over the world.

Right now, we are in a good position because we’re looked at as a safe haven. but the day China decides to end that, it’s over.

So, here we have so much going on, and yet, people still don’t seem to get the picture that all these events are working against them. And, definitely, there is not a single thing that is improved in this economy. All the fake numbers that are put out about inflation and employment have nothing to do with the real world. And, eventually, we know.

Let me close this by saying gold has gone up 17% per year for the last 12 years. This year, in 2013, it’s down about 18% so far this year. I don’t think it’s going to go up 17% this year, but I still think it has a very good chance to go back to $1,665 where it started the year and will have a 13th straight year that gold goes up. If it doesn’t make it all the way back, we’ll have our first losing year. But, nothing has changed with the fundamentals in gold. Not a single thing has changed. You’ve got to hold your course, continue to look at the fundamental issues, and cost average your way into this market.

Silver is going to explode, and I think it’s going to happen starting in October. I’m still hearing from every supplier that we’ll be limited because they’re not going to sell me silver if they don’t have it in the pipeline to buy.

So, we’re just seeing this thing absolutely crazy. Just keep accumulating the physical gold and silver, and you will be a winner beyond your beliefs. Take it from someone who’s been doing this for 36 years, day in and day out, it is just beautiful the way it is setting up and, yet, people are scared to death to enter the market.

My advice is to keep cost averaging in this market and actually increasing your percentage in gold and silver as a part of your overall portfolio. If you have any questions or would like to talk to me, you can reach me at 800- 247-2812. If you have retirement account money and you want to roll in into a self-directed precious metals IRA, you can give me a call discuss it. If you’re holding rare coins, and you need to discuss that, give me a call because I think you need to be out of those the sooner, the better. 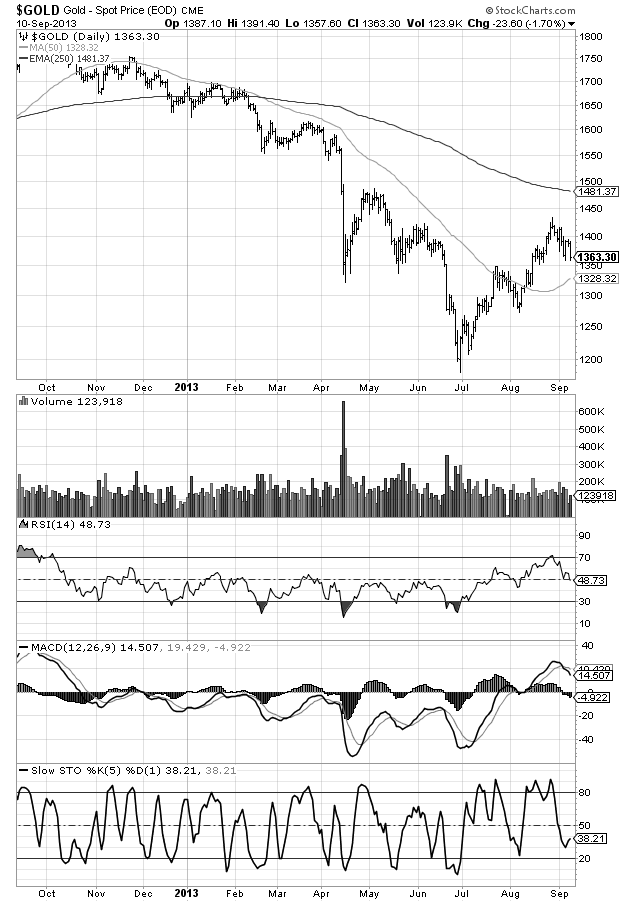 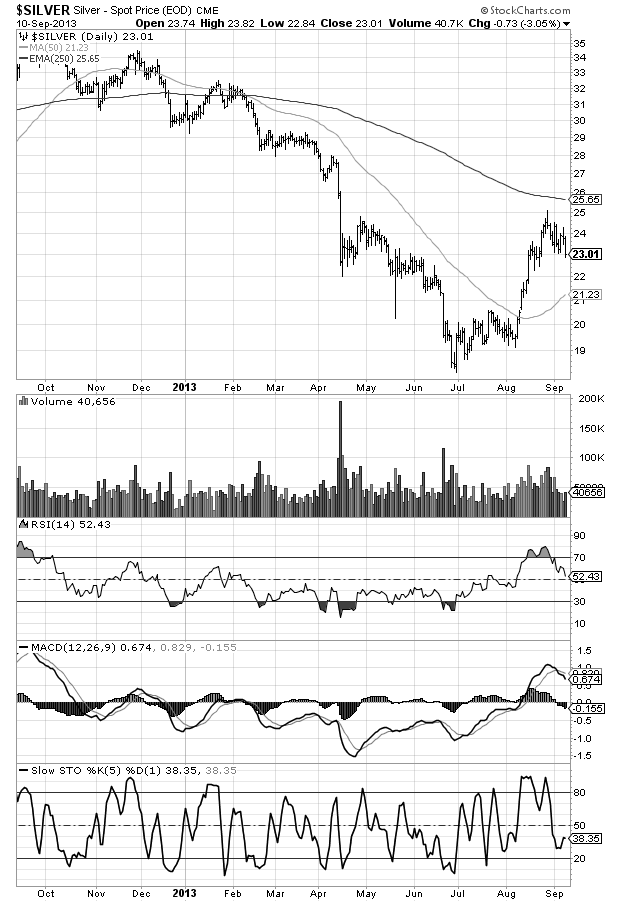 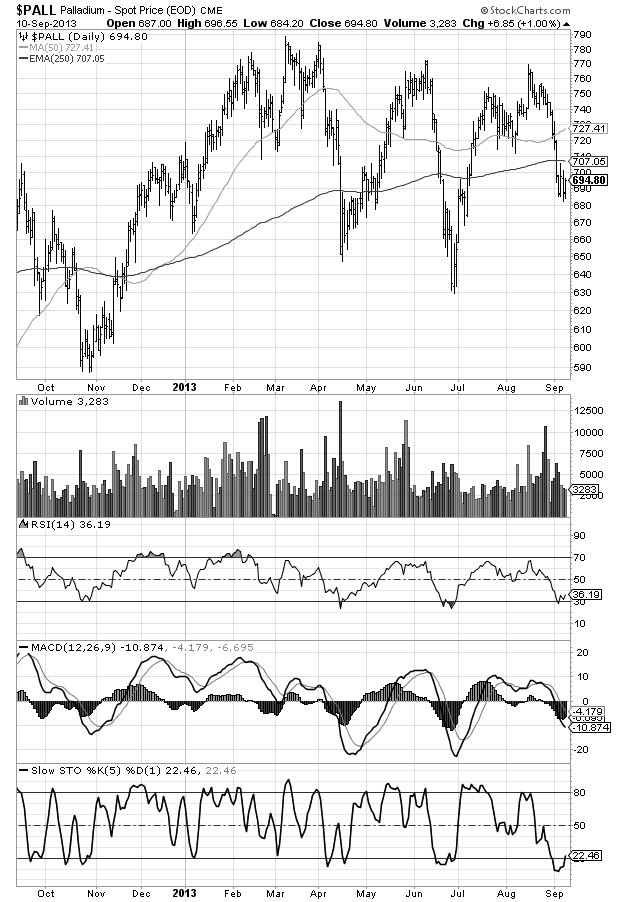 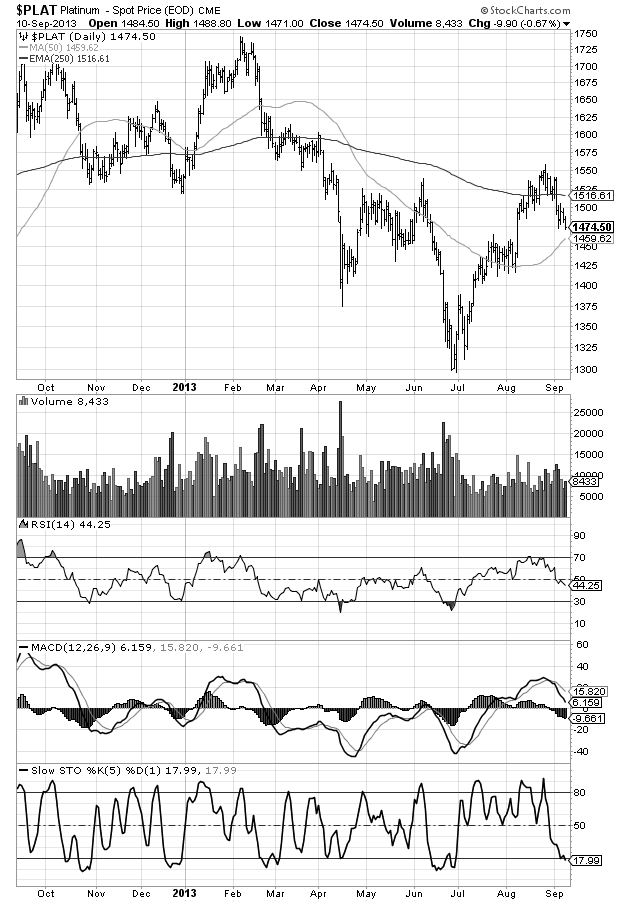