CHART: 47% of Americans Save Nothing 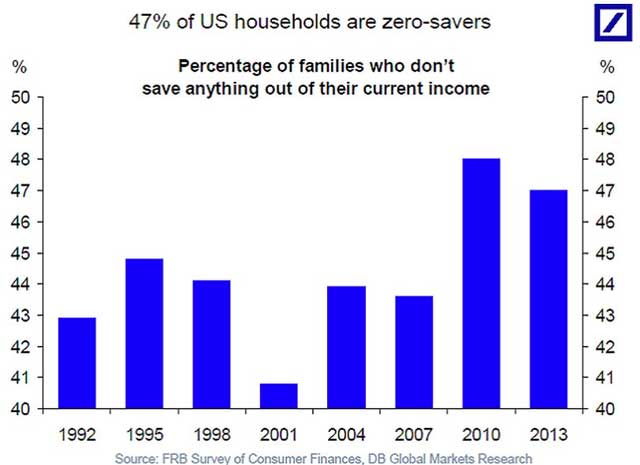 CHART: 47% of Americans Save Nothing

Behold the above grim chart, which highlights one of the most devastating economic trends facing America.

With nearly half of Americans virtually saving nothing, and with a Federal government that continues to take on more financial responsibilities than it can handle, America’s financial future is looking bleak.

Consider some of the shocking statistics that were included in a new report released by the National Institute on Retirement Security:

In summary, the report found that the typical American household was “further behind in retirement readiness in 2013 than in 2010 and 2007.”

It doesn’t take much of an imagination to see how this lack of savings is going to impact America (and future American taxpayers) in the years ahead.

What about you? Are you saving enough?

If you need help getting started, you can learn more about our own effective savings strategy here.