FTMDaily News Update – Is the Next Big Market Crash Just Around the Corner?

Is the Next Big Market Crash Just Around the Corner?…

Two years ago this week, America was tightly held in the grip of the worst financial crisis in recent memory. On March 9, 2009 the S&P 500 stood at 676.53, while the Dow Jones Industrial Average had dropped to 6547.05. The CBOE Volatility Index, usually referred to as the “fear index,” had reached 49, indicating that investor panic was at its heights.

Many individual investors rode the markets down in sheer terror and made for a quick exit at the bottom, thus missing the biggest comeback in the equities markets since the days of the Eisenhower administration. Last week, the S&P 500 Index closed at 1321, nearly doubling its levels from two years ago. The Dow is up 86% over the last two years, recently closing at 12,169.

In addition, U.S. companies have been reporting record profits and are sitting on mountains of cash… $1.4 trillion as of last September.

Now, over the last several weeks, individual investors have come pouring back into stocks and mutual funds. But this time, it is different. Investors lack conviction about this historic market rally. Many are highly skeptical as surging oil prices, global unrest, and inflation fears mount. Adding to their concerns, the Federal Reserve’s plan to officially end their second round of quantitative easing at the end of June.

Our forecast: The Federal Reserve will move into QE3 before the end of 2011. Political resistance to a new round of quantitative easing could be overcome by allowing a market correction to spook investors. Expect theatrics from the Fed in the name of “asset price stabilization” as the year unfolds. Individual investors will remain skiddish into the summer. Any announcement of QE3 will propel the markets higher and improve confidence. Any correction in between the two programs could present a buying opportunity.

This weekend, China announced new plans to increase incomes for the nations’ poor and to reign in growing inflation. The ambitious economic plans are set to begin this year and will extend through 2015. Over the last five years, wages in China have failed to keep up with gains in productivity and economic growth. In addition, China has announced a goal of eradicating poverty by 2020.

These new and sudden lofty goals all make sense given the turmoil currently rocking the Middle East. The Chinese know that unrest begins at the bottom, and are therefore seeking to appease the poorest of its citizens with economic hope. And while new plans for the poor are being publicized, China is also beefing up its internal security forces and clamping down on foreign media outlets.

An Egypt-style mass revolt currently appears unlikely to break out in China. However, this has been a year full of the “impossible” happening. Investors, keep your eyes open.

1) OIL SPIKE: Oil jumps to near $107 in Europe to fresh 2-year highs as Libya conflict intensifies.

4) SHORTING THE DOLLAR: More FX traders are shorting the dollar as the currency continues to fall out of favor.

5) METAL MANIA: Gold and silver will just not stop… as gold is now nearing an all-time record of $1,445, while silver hits 31 year high, crossing well past the $36 mark.

“Mexico’s president arrived in Washington. He’s here to do the work that American presidents won’t do.” —Jay Leno

“Bill Clinton has turned down an offer to appear on ’30 Rock.’ He’s too busy mulling over an offer to star in ‘Two and a Half Men.'” —Conan O’Brien

“A man in New Orleans wrote a new musical about Hurricane Katrina. It’s so cool that FEMA says it plans on going to see it a week after it closes.”—Jimmy Fallon 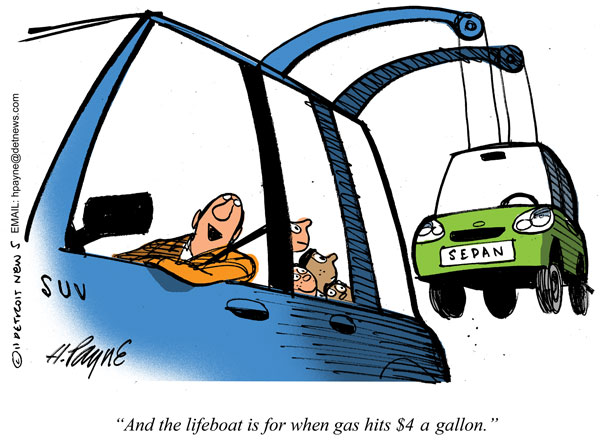