Whether it’s hidden fees, personal bad habits, or disorganization, Americans throw away money by the billions each and every year. Below are twelve of the most common wastes and ways to avoid them.

Americans waste an outrageous $7 billion each year on ATM fees, according to Bankrate.com. Furthermore, the fees for using a bank that isn’t yours is at an all time high at $2.50 per use. One potential solution is to ditch your big bank for a credit union, which tends to reimburse customers for out-of-network ATM fees. Another solution: plan ahead so you frequent other banks’ ATMs less often.

According to TowerGroup, $6 billion was wasted through unused gift cards, totaling $41 billion worth from 2005 to 2011. The study said the majority of the cards are considered lost or discarded. Are you thinking about a gift card you have had at the bottom of your purse for two years? You may be able to turn it into cash if you choose not to use the store credit. Sites such as MonsterGiftCard.com provide a way for consumers to sell their unwanted gift cards for cash. You can usually make somewhere between 50 and 85 percent of the original card value.

Not only is tobacco a waste of money, but it can also cause health problems, leading to increased healthcare costs. According to the Bureau of Labor Statistics, Americans spend around $44 billion on tobacco each year. For some low-income New Yorkers, cigarettes consume one-fourth of their income. Smoking is not a habit worth wasting so much money. 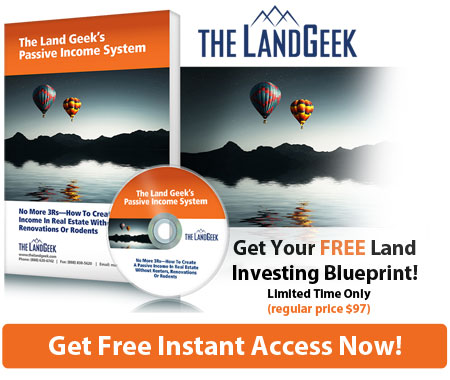 Get Your FREE Land Investing Blueprint

4. Warranties That Cost As Much as the Product

Major electronic stores like BestBuy and Circuit City make a lot of money by selling extended warranties that cost up to 50% of the value of the product purchased. It’s great business for them, but usually a waste of money for the customer. These warranties can be purchased on products like laptops, tablets, digital cameras, gaming consoles, and many others. If you are generally rough on your electronics, then certainly consider the warranty; it may not be a waste of money for you. But the majority of individuals are never going to use the warranty and will end up wasting a lot of money.

According to the National Motorists Association, Americans spend $7.5 to $15 billion on traffic tickets every single year. This amount not only includes the cost of the traffic ticket, but also counts increases in insurance costs for some. Wake up earlier, get a headset for your mobile phone, and just pay attention: you will be glad you didn’t waste money on traffic tickets.

In 2010, Americans spent a total of $59 billion on lottery tickets. The majority of those tickets did not provide the owner with a winning jackpot. In fact, the average lottery ticket owner recoups 47 cents on the dollar with small winnings, which amounts to $31 billion in wasted money on lottery tickets.

Overloading your cart at the grocery store or ordering the biggie size at Wendy’s is not just damaging to the waistline, but it is also costing you a pretty penny. Americans throw away $165 billion annually, according to the National Resources Defense Council. That’s about $529 per person, and around $2,100 for a family of four. When you trash food, you throw out money. Don’t claim you cannot save money unless you have examined your grocery habits.

According to a Gallup survey, the average cardholder carries a credit card balance of $2,210 at the end of the month. Statistics on creditcard.com show that the average APR on cards with a balance is 12.78%. Considering that 176 million Americans have a credit card, the wasted amount on credit card interest is over $49 billion each year. It’s no wonder the financial institutions make so much money!

Here is a quote from Warren Buffett: “On my honeymoon I traveled out west. When I visited the casino and saw all these smart well-dressed people participating in a game with the odds against them, it was then that I realized I won’t have a problem getting rich!”

Don’t be one of the people who play a game with the odds completely stacked against them. Be smarter than that! Casinos’ activities account for nearly 1% of the United States GDP, and slot machines alone take $1 billion per day from gamblers.

Bad health habits are possibly the biggest money waster in the United States. Indirect costs range from lost productivity and higher healthcare costs to more gasoline expense and higher insurance premiums. It is difficult to know exactly how much individuals waste on this category, not to mention how much the cost is to the nation’s employers. Bad health habits include smoking, drinking, overeating, and not getting enough sleep. Taking care of yourself will help take care of your wallet.

According to the Bureau of Labor Statistics, the annual cost of home energy for Americans is $443 billion. We could be wasting as much as $147 billion by not taking measures to reduce energy usage in the home. The government-backed Energy Star program claims that households can slash energy costs by one-third if they implemented the following recommendations:

It pays to get your financial house in order. With the prevalence of online banking, many individuals have forgotten the concept of organizing their finances because they can just log on to their account if they need information. Debit cards make it easy to go over budget, and general disorganization can lead to small penalties and costs. Lost bills and receipts, forgotten tax deductions, and clueless spending can cost you hundreds of dollars each year.

Setting up automatic bill payment is a good way to save on late fees and postage. Creating files with important documents will help remind you of due dates, tax deductions, and renewal periods. Finally, consider using a cash only system to items such as groceries, dining out, entertainment, gasoline, and shopping. Once the cash is gone, so is the temptation to overspend on a certain category of your budget.