FTMDaily.com – As the West continues to unleash its anger against Russia’s recent military moves, Vladimir Putin has intensified his diplomatic efforts with a rising China. After a decade of talks, Mr. Putin is expected to announce a broad plan to export vast amounts of natural gas to China during an official state visit to China next month. If Mr. Putin can seal the deal it will be another major victory for the BRICS nations and will provide yet another nail into the coffin of the failing U.S. dollar.

Of course, both sides are facing intense pressure from the West to abandon the deal. China, however, seems intent on pushing closer to Russia. Russia, in particular, is under the threat of more Western sanctions for its recent role in Ukraine. So too, Western sanctions are targeting Russia’s state-run energy company, Gazprom. Gazprom’s response to these sanctions shows just how close we are to the end of the petrodollar system…

From the Financial Times, a story entitled: Gazprom Looks to Drop the Dollar to Avoid Sanctions’ Bite:

The oil arm of Russia’s state-owned Gazprom is preparing customers to settle contracts in euros rather than dollars as it braces for the possible escalation of US sanctions against Moscow.

Alexander Dyukov, chief executive of Gazprom Neft, told reporters in St Petersburg that the company had discussed shifting contracts to euros with its customers. “Practically all – 95 per cent of our customers – confirmed their willingness to move to settlement in euros,” he said.

Through Gazprom, Russia is openly declaring war on the U.S. dollar and its long-standing role as the settlement currency in global oil transactions. Ukraine is yet another proxy war for the U.S. and Russia. Now, however, the long knives are coming out.

One senior banker said that many commodity groups, including Gazprom Neft, had held talks with bankers about financing in euros rather than dollars. “Every commodity sector business is talking about what is possible if you couldn’t do deals in dollars – if you couldn’t get dollar clearing through New York,” he said.
Such a switch could result in higher costs for companies because of the need to convert currencies and the lower liquidity for those other than the US dollar.

As this report suggests, Gazprom may just be ‘testing the waters.’ Regardless, this is just the calm before the storm. Our generation is going to witness the eclipse of the U.S. dollar as the world’s reserve currency. Global dollar demand creates a permission slip for excessive dollar supply. Excessive dollar supply creates unsustainably high prices. Reverse that cycle and you have a dramatic fall in prices.

America’s ‘house of cards’ is nearing the end of its lifespan. Its collapse is certain and historically identifiable. But don’t expect it overnight. History is never that kind to empires. Instead, the collapse will be a slow and humiliating descent.

Sign up now and join the tens of thousands who get
the FTMDaily Briefing in their inbox every morning! >> 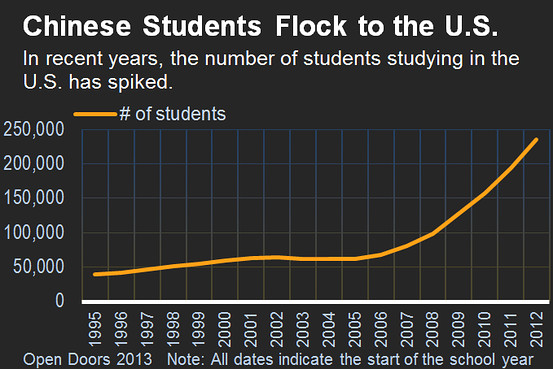 For hedge funds, it’s been a race to the exits in the stock market.

The cause is simple: massive overbuilding.

The euro falls on the news.

Greed Is Good: A 300-Year History of a Dangerous Idea

Not long ago, the pursuit of commercial self-interest was largely reviled. How did we come to accept it?

Monthly silver production has been stuck in a downward trend since June 2013.

New Bill Would Have FDA Decide on GMO Food Labeling

Republican lawmaker from Kansas implores the Feds to halt states’ rights and dictate the free market in U.S. agriculture…

Can the government seize your tax refund to pay a relative’s debt?

Nickel Holds On to Gains

U.S. increases the pressure on Russia over Ukraine as Europe holds back…

MI6, the CIA and Turkey’s Rogue Game in Syria

Commander: “Considering the situation in the region, the mission of warships may change.”

U.S. traders want seed companies to shoulder some of the losses.

“It is well with the man who deals generously and lends, who conducts his affairs with justice.”
Psalm 112:5