Saudi Arabia’s long-time stranglehold on the global oil markets (through OPEC) is coming under attack by two neighboring oil producing giants: Iraq and Iran. According to comments by Iraqi Energy Minister, Hussain al-Shahristani, Iraq is planning to increase oil production “to nine million barrels per day by 2020.” (Currently, Iraq produces slightly more than 3 million barrels of oil per day.)

During a speech at the Chatham House Middle East energy conference, al-Shahristani stated: “We feel the world needs to be assured of fuel for economic growth,” but added “it’s very difficult to predict actual world oil demand by 2020 because the world economy is unpredictable.” He also noted that Iran had been reaching out to Iraq with an eagerness to “share our contracts model and experience.”

Iraq is now working feverishly with Iran to boost oil export capacity as quickly as possible in an effort to compete directly with Saudi Arabia to become the world’s largest — and perhaps more importantly, the world’s most influential — oil-producing region. OPEC’s leadership is expected to thwart these attempts by imposing strict quotas on Iraqi oil production, which admittedly may be impossible to enforce. With foreign oil companies — like BP and Royal Dutch Shell — investing heavily into Iraq’s underdeveloped (and some completely undeveloped) oil fields, Iraq was able to just recently overtake Iran as the world’s second-largest OPEC oil producer. With crude oil exports accounting for 93% of all government revenues in Iraq, the urgency to boost production is obvious. Of course, global oil companies are also scrambling to secure Iranian oil deals when sanctions imposed by the U.S. and EU are finally lifted. This rush of investment cash into both countries could help catapult Iraq and Iran into a position where they can counter Saudi Arabia’s firm grip on the global oil markets.

While the economic benefits from an Iraq-Iran oil alliance are obvious, the geopolitical ramifications of such a shift in oil production would change the entire balance in the Middle East. And while Iran and Iraq certainly have enough oil reserves to challenge Saudi oil supremacy in the year’s ahead, the infrastructure within both countries is lacking. Additionally, punitive sanctions have decimated the Iranian economy while post-war chaos still ravages sensitive areas within Iraq. Regardless, this is one story to keep your eyes on. Expect the Iraq-Iran alliance to deepen in the coming months. And don’t be surprised if the politically and economically embattled Turkey suddenly wants to join the party. More to come…

Growth rates in output and new business across China are weakening, while companies cut jobs at the fastest rate since March 2009.

Millions of Dollars in Phony $100 Bills Flooding the Big Apple

The Secret Service warning says the bills contain a set of five different serial numbers and have two black 7s above the last zero on the lower right-hand corner, above the “100” mark on the back of the bill.

As matters stand, the next recession will push the Western economic system over the edge into deflation.

All four major regions in the U.S. saw declines.

Nearly Half of America Lives Paycheck-to-Paycheck

Study finds that 44% of Americans are living with less than $5,887 in savings for a family of four.

This is not an “Onion” story.

China Is Playing Chicken With U.S. Warships In The South China Sea

As China attempts to wrest control of the South China Sea, the U.S. is forced to flinch or crash.

Saudi Arabia bought ballistic missiles from China in 2007 in a hitherto unreported deal involving the CIA.

Scientists in Japan showed stem cells can now be made quickly just by dipping blood cells into acid. 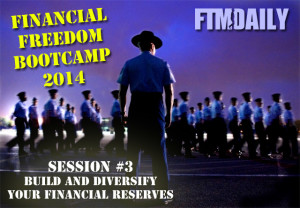 EU has Secret Plan for Police to ‘Remote Stop’ Cars

The European Union is secretly developing a “remote stopping” device to be fitted to all cars that would allow the police to disable vehicles at the flick of a switch from a control room.

“If a brother or sister is without clothing and in need of daily food, and one of you says to them, “Go in peace, be warmed and be filled,” and yet you do not give them what is necessary for their body, what use is that?”
James 2:15-16