Jerry’s Comments: The housing market continues to go down due to a wide variety of factors. As we have predicted, the housing picture will not improve markedly until after 2012. This is due to the new waves of foreclosures and defaults thanks to the many Option Arm and Alt-A loans that were issued over the last several years. Get ready for the Sub-prime crisis, Part 2.

Purchases of new homes in the U.S. fell in May to a record low as a tax credit expired, showing the market remains dependent on government support.

Sales collapsed a record 33 percent to an annual pace of 300,000 last month from April, less than the median estimate of economists surveyed by Bloomberg News and the fewest in data going back to 1963, figures from the Commerce Department showed today in Washington. Demand in prior months was revised down.

Stocks dropped and Treasuries rose as the report added to signs of weakness in the economy after a decline in retail sales and a slowdown in private job growth. A lack of inflation and concern over jobs and housing are among reasons Federal Reserve policy makers today are likely to renew a pledge to keep interest rates near zero for an “extended period.”

“May was a bad month for the economy,” J. Alfred Broaddus, former Richmond Fed president, said in an interview on Bloomberg Television’s “In Business With Margaret Brennan.” When the Fed releases its policy statement today, its language on the economy will be “markedly more pessimistic,” he said.

Purchases dropped in all four U.S. regions last month, led by a record 53 percent drop in the West.

A report yesterday showed sales of previously owned homes unexpectedly fell in May, adding to concern the retrenchment following the end of the tax incentive will be deeper than anticipated. Existing house purchases, calculated when a contract closes, dropped to a 5.66 million annual rate, the National Association of Realtors said.

New-home sales are considered a more timely barometer of the market than purchases of previously owned homes, which account for about 90 percent of the housing market.

Other data show the market is starting to stumble. Housing starts in May declined by the most since March 2009, and building permits, a sign of future construction, fell to a one- year low, data from the Commerce Department showed. The National Association of Home Builders/Wells Fargo confidence index for June fell by the most since November 2008.

The number of mortgage applications filed to purchase houses dropped this month to the lowest level since 1997, according to data from the Mortgage Bankers Association.

The Standard & Poor’s Supercomposite Homebuilder Index, which includes Toll Brothers Inc. and Lennar Corp., has dropped 28 percent since reaching a 19-month high on May 3. The broader S&P 500 Index is down 10 percent from April 23’s 19-month peak.

Builders are also concerned that the Gulf oil spill and European debt crisis are hurting buyer confidence. Toll, the largest U.S. luxury homebuilder, said deposits have been running 20 percent behind the year-earlier period the past three weeks.

“Concerns about the financial crisis in Europe and escalating regional political tensions, coupled with worries about the oil spill in the Gulf of Mexico and its effects on the economy and the environment have negatively impacted the outlook of American consumers,” Joel H. Rassman, chief financial officer at Horsham, Pennsylvania-based Toll, said in a June 16 statement.

Segment 1: Inflation and You SEGMENT BEGINS AT 00:43 Unless you’ve been under a rock the last few months, you know that prices are rising. Inflation surrounds us at every turn. Economist Jerry Robinson lays out the facts about inflation and its contributing...

END_OF_DOCUMENT_TOKEN_TO_BE_REPLACED 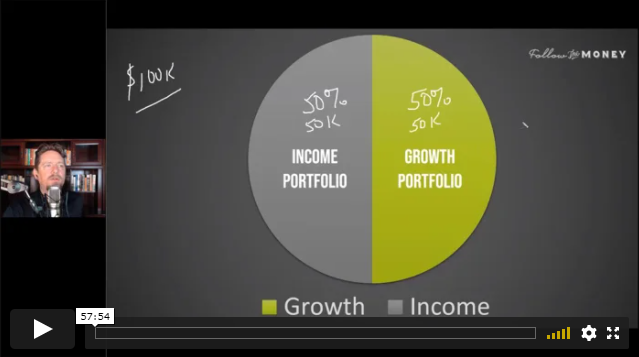 END_OF_DOCUMENT_TOKEN_TO_BE_REPLACED

PODCAST: Sell In May and Go Away?