A Chinese airport was closed after this mysterious object was spotted in the sky.

Arcing over Zhejiang’s provincial capital Hangzhou, the UFO appeared to glow with an eerie white light and left a bright trail in its wake.

Xiaoshan Airport was closed after the UFO was detected at around 9 pm and dozens of flights had to be diverted. 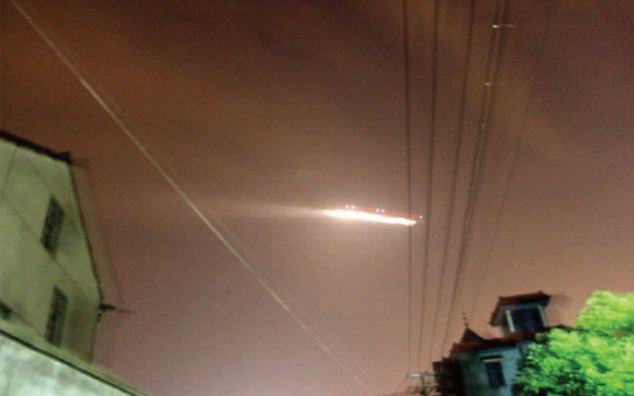 The strange light appeared to glow as it swept through the night sky, to the alarm of local residents. 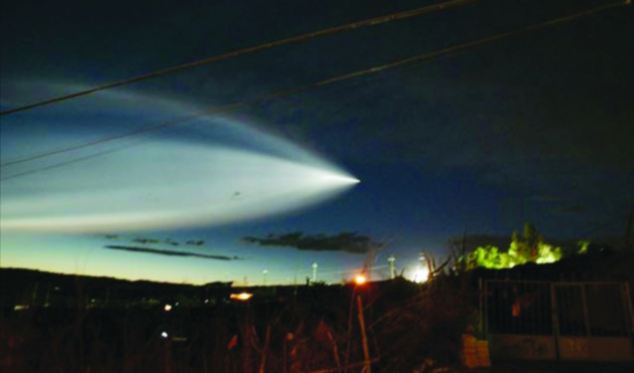 Another photo from a different angle which shows a wide trail behind the object as it zips through the sky.

Stunned witnesses reported seeing a comet-like fireball in the sky and a number of local residents took photos of the strange ball of light.

A local bus driver, giving his name only as Yu, said he had seen a strange glowing object in the sky late on Wednesday afternoon.

‘The thing suddenly ran westwards fast, like it was escaping from something,’ he said.

Some Chinese experts claimed that the strange sight was actually debris from a US intercontinental ballistic missile.

Chinese officials later said that they knew what the object had been but were unable to make it public because there was a ‘military connection.’